I’m happy to say I’ve turned in the manuscript for the first book on time and have been working with the awesome teams at Carina Press to prepare for the launch of the series in fall of this year. As a result of all our brainstorming, we’ve decided to re-title the series and the books. (This happens fairly frequently in the publishing world.)

I’m super excited about the new series name and the new book titles. What do you all think?

And as a fun bonus, here’s an unofficial blurb for the first book. 😉

When Maylin Cheng asks him to help her find her missing sister, Gabe tells her to invest in a private investigator…or a memorial service. But he can’t stand by and watch Maylin be run down by a hit and run driver either. As he looks further into Maylin’s story, there’s too many red flags about her dilemma and her missing sister for him to ignore.

Plus, the dark beauty has gotten under his skin further than he wants to admit. The sparks flying between them have ignited a hunger neither of them is able to extinguish regardless of their dubious futures.

Only one thing is certain: without the help of Gabe and the Centurion Corporation, not only will Maylin never find her little sister, but someone out there will have their hands on the brilliant mind behind the research that could create the next level of biologic warfare. 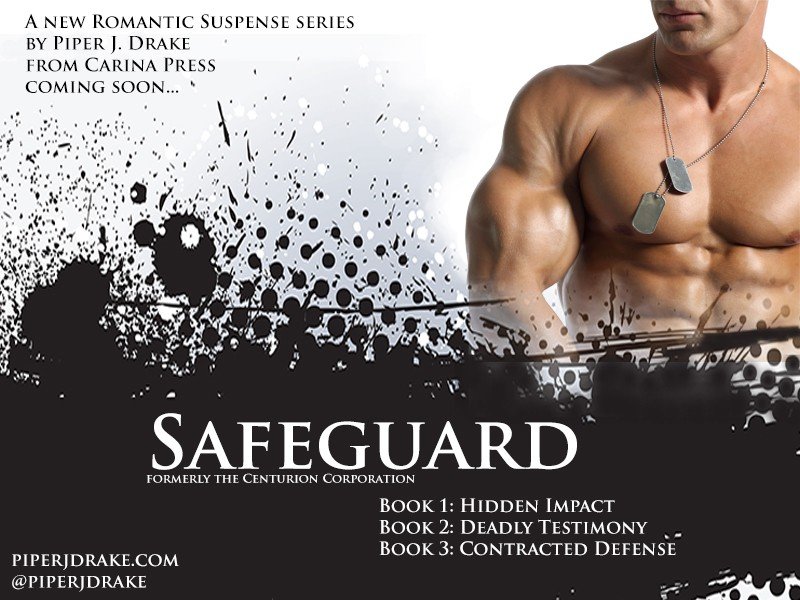 Hello! And what better way to celebrate my brand new site than with awesome news?

I’m very excited to announce that Carina Press has acquired my new romantic suspense series, The Centurion Corporation! This 3 book deal will kick off with the release of the first book, Hide and Seek (tentative title), in fall of 2015.

It might seem a long way away but I’ve got lots of teasers, sneak peeks, and behind-the-scenes insights to share with you to make the wait a little easier. In the meantime, check out my feeds all over the internet. I’ll do my best to be interesting. 😉