“An enticing mix of folklore, romance and magic! This book is not to be missed!”

« “[Wings Once Cursed & Bound] novel is highly recommended for lovers of fantasy romance and urban fantasy rooted in myths and legends.”

“Beautifully epic and wonderfully cozy all at once — this sumptuous wonderland of a book dazzles with magic, mythology, and marvelous heroes! I’m obsessed!”

“The kinnaree is a delightfully unusual supernatural creature to center”

“An exciting new mythology rising on strong wings among the supernatural creatures you already love and crave. I can’t wait to read the next one!”

Delilah S. Dawsonauthor of Phasma (Star Wars), The Violence, and the Blud series

“for diehard fans of the genre”

Kevin Hearneauthor of The Iron Druid Chronicles, Ink & Sigil, the Seven Kennings trilogy, and co‑author of the Tales of Pell

“Combining fairy-tale artifacts with mythical creatures and paranormal heroes and villains, this first book in the “Mythwoven” series sets up an urban fantasy world where the vampires and werewolves are the least unusual members of a band of treasure hunters bent on protecting the world. The budding romance between vampire Bennett and kinnaree (legendary Thai bird princess) Peeraphan gives the story its heart and provides readers with an entrée into a fascinating new series.” 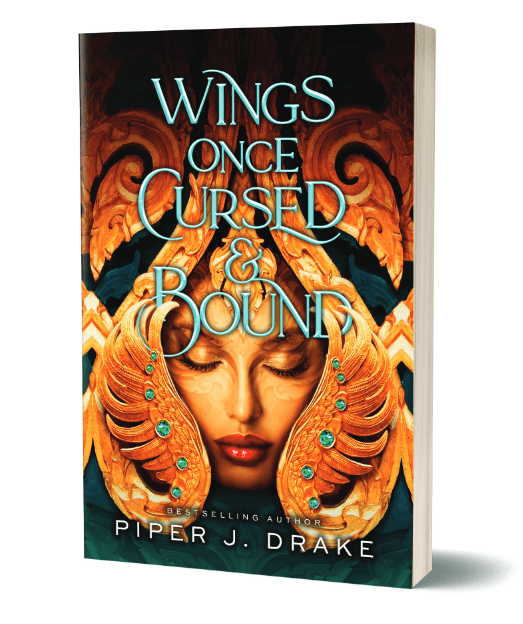 My wings unbound, I am the Thai bird princess

And no matter the cost,

I will be free.

Peeraphan Rahttana lives her life in Seattle, unaware of the complicated magical world spinning just beyond the shadows and mist…until a violent clash outside her dance rehearsal has her literally whisked off her feet. Her darkly brooding rescuer, vampire Bennet Andrews, claims to represent a secret organization dedicated to locating objects of myth and magic, tucking them safely away where they can do no harm―but he’s too late to save Peeraphan from a deadly curse.

Yet Peeraphan isn’t what she seems. Wings unbound, she’s a Thai bird princess of legend…and while the curse won’t kill her outright, it’s only a matter of time. Determined, Bennett sweeps Peeraphan deeper into a supernatural world far beyond anything she ever imagined in a desperate bid to find a solution…and an explanation for the powers even she doesn’t know how to define.

Her world may have changed overnight, but Peeraphan knows one thing for certain: she can’t go back to living as a human anymore. Not when she’s felt what it’s like to fly with Bennet by her side. She’s determined to keep her wings and her freedom…and defy anyone who would try to take them from her again.

What would you save if the world you knew disappeared

And you could open your eyes to what exists just beyond?

OTHER BOOKS IN THIS UNIVERSE:

Know everything there is to know about Wings Once Cursed & Bound including exclusive bonus reads, giveaways, and behind-the-book insights by subscribing to Piper’s newsletter!